This project is part of the development of software systems for the Internet of Things that generally require the acquisition and storage of large volumes of data, possibly geolocated and, contributed by small equipment connected to the Internet.

The number of objects deployed in the wild and the frequency of data feed can quickly lead to an explosion in the amount of data that needs to be stored persistently.

Therefore, we want to study different approaches to “compress” data from the Internet of Things. In particular, we are interested in the GreyCat technology, developed by colleagues from the University of Luxembourg, which makes it possible to effectively store data in the form of an information graph. We are also interested in the OGC SensorThings standard which specifically targets modeling and data storage for IoT software systems.

The goal of this project is to propose and implement an efficient implementation of OGC SensorThings APIs using GreyCat technology.

After having proposed a first implementation of the SensorThings API that will allow temporal compression of IoT measurements, the project will focus on the indexing and spatial compression of data in order to reduce the memory footprint of data distributed in a given area.

The developments in this project will apply the best practices of Agile Software Engineering, from the adoption of object-oriented developments, the application of design patterns, clean code, static analyzers, modular compilation chains, documentation of the code and the delivery in the form of a software container (Docker). 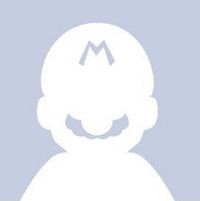